The literary arts in Northumberland date back to the late 1800’s when novelist and essay writer Catharine Parr Trail and poet Archibald Lampman were recording their impressions of life in this county. Up until the early 1970’s, however, many Canadians knew little or nothing of their own literature – British and American writers being found in most schools, libraries and book stores.

All this has changed dramatically in the past twenty-five years and, today, we boast a wealth of Canadian writers living in the county. Locally based writers reflect their visions and versions of the world through fiction, non-fiction, poetry, children’s literature, theatre and television, many of them writing in more than one genre.

We have world famous Port Hope resident, Farley Mowat and his wife Claire, a fiction writer, as well as Order of Canada recipient, Jane Urquhart whose parents graduated from Colborne High School and who spent her childhood summers in the County. Governor General winner Nino Ricci and his wife, novelist and editor, Erika de Vasconcelos, have a summer home near Grafton.

As well as published writers in the County, many others struggle in their cranial garrets, working months and, often, years toward a first published piece. Numerous groups meet regularly for support and to read from their yet unpublished works. For anyone interested in writing, several groups are listed below. Because communication is every writer’s goal, discriminating readers are, of course, the necessary complement to all writers’ publications. Here again, we are fortunate to have a variety of Book Clubs, several listed below.

We are then, most of us, readers and/or writers. So, read a good book. Join a readers’ or writers’ group. Support the literary arts in Northumberland County.

Spread the loveThe goal of the Information stream of the ACN is to become the leading digital source of information regarding the arts. We will use leading edge technology and contemporary approaches to communicate to our members and the public. Among the programs under way in the ACN’s Information stream: a fully functional website with 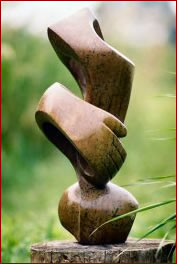